Unless you have been living under a news-blackout, you are aware of Brexit. Maybe not what it entails, but that it is affecting the United Kingdom with regard to everything from trade to global warming. Essentially, Brexit is the departure of the United Kingdom from the European Union, decided upon by a majority of the electorate who voted for the proposal in June of 2016. Since then, the country has experienced ups and downs on the world market and in political arenas. What has it meant for startups? We asked Simon Bond, Innovation Director at SETsquared Partnership how it has affected startups in England and the United Kingdom.

“There will be a lot more startups but scale ups, scale ups in sectors, which are a part of our industrial strategy, will be a major opportunity for SETsquared, or SETsquared’s universities so I think that you’re going to see more of the same but deeper into sectors. More money raised, more successful startups.” Simon Bond, Innovation Director, SETsquared Partnership, Bath, United Kingdom

We hear you, Simon, and the evidence shows that 2017 has been a record year for startup investments with a 78.2% increase in funding for startups over 2016 (Source: Dealroom.co). Fintech, in particular, has been the sector pulling the largest piece of the pie with $2.9 billion in funding. The technology ecosystem places great value on startups and encouraging innovation. The government of United Kingdom has been reassuring the country’s tech industry that Brexit will be soft on them and not affect their ability to hire skilled foreign workers or impede their business in the EU.

Financial Technology firms located in the United Kingdom are expecting higher than average growth over the next three years. One of the reasons for this is that the UK has taken a leadership role in reshaping global finance in terms of regulation. No doubt this is actually part of Brexit itself, creating interest in cross border currency functions. In fact, the top invested sub-sectors of Fintech in Britain looked like this:

The United Kingdom raised enough venture capital to take second place worldwide, just behind the US and overtaking China in the fintech sector. Seeming to shrug at Brexit, fintech investors flocked to London and see the United Kingdom overall as having a continued focus on policy and talent that promote growth.

Planning in the current uncertain environment of the United Kingdom can be difficult, but planning is exactly what needs to happen. Well thought-out business plans and contingency plans will serve not only your corporation well during the Brexit change but will also help guide any startups you work with. Additionally, as you can see by the boom in the fintech sector, it’s important to keep an open mind and a “glass half full” approach. Fortunately, incubation programs such as SETsquared have been through the ups and downs of market changes and are prepared to deal with any uncertainty.

UBI Global has named SETsquared a Top Program and we believe that the United Kingdom remains one of the world’s best environments for startups. UK startups will overcome any challenges presented by leaving the EU and thrive in their new environment. The future may be uncertain and difficult, but startups are resilient. UBI Global supports corporations who are looking for the right incubation program and startup to help them down the path of innovation. 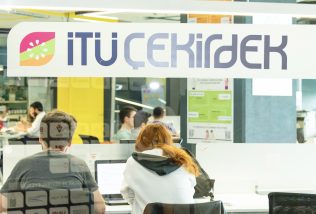 Nov 10, 2021 Expand your global reach by collaborating with ITÜ Çekirdek 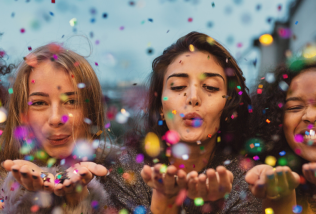 The Importance of Community For Innovation The word community is defined as a group with a shared attitude and interest, and no group ever embodied the word as perfectly as the incubation community. UBI Global offers an exploration of the common interests –growth, job creation, and success – of business incubators and accelerators, the programs […]