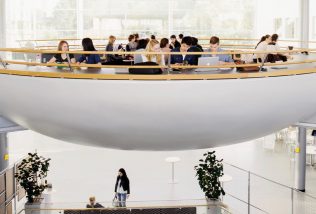 Prior to the release of the regional and World University Business Incubator rankings, International Key Account Manager, Nick Stafunski, took a short train ride from Stockholm to Uppsala to give an hour long private benchmark presentation to Uppsala Innovation Centre’s staff and board members. The presentation is an exclusive feature for all UBI Global Gold Members and includes all […]

Venture fund and startup accelerator iDealMachine, which works on the basis of ITMO University, ranked fifth in the world’s top accelerator cooperating with universities, according to the company UBI Global. Ranking leader in performance analysis of business incubators and startup accelerator based on monitoring innovation organizations in 1300 to 90 countries in six major regions […]

Ireland’s NDRC was ranked the No 2 university business accelerator in the world at the prestigious UBI Awards in London last night, providing further confirmation of the central place the Dublin based organisation maintains in the global innovation ecosystem. Established in 2007, NDRC invests in and works with entrepreneurs and startup teams to deliver digital […] 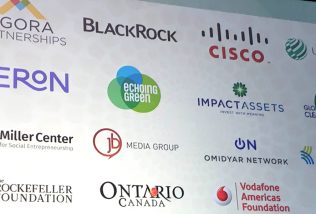 More than 2500 participants attended SOCAP15 (Social Capital Markets) on October 6-9, the world’s leading conference on impact investing and social enterprise. This year the UBI Global team accepted their invitation to speak at the conference and made the 8616km journey from Stockholm to San Francisco where SOCAP is held annually. SOCAP has created a […]

The Venture Lab (V-Lab) at The American University in Cairo (AUC) has been named “High Impact Incubation Program” in the Middle East and North Africa by Sweden-based UBI-Global. The news was announced at the recognition awards ceremony of top performing university business incubators hosted by UBI Global and King Abdullah University of Science and Technology […]

“This award demonstrates the value of organizations such as Innovate Calgary and TEC Edmonton in supporting the University of Calgary and University of Alberta to extract economic and social value from the outstanding research at each institution in addition to driving the entrepreneurial spirit within our community,” says Peter Garrett, president, Innovate Calgary..//..

Nov 04 1871 named top university-affiliated incubator in the US

“The UBI Global ranking confirms that 1871 continues to be a leader in its support of innovation and the entrepreneurial community,” said 1871 CEO Howard A. Tullman in a statement. “By offering hundreds of member companies the best educational resources, individualized programming, mentorship from top industry leaders, and access to potential investors, 1871 works to […]