UBI Global, an international research firm based in Stockholm, evaluated 72 incubator and accelerator programs established by Russian universities. How do the Russians differ from their international counterparts? 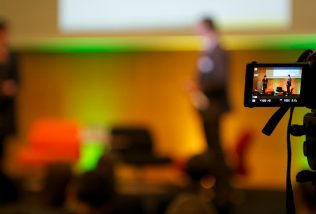 Cisco is partnering with UBI Global, a thought leader in performance analysis of business incubators, to measure the impact of social incubators in the United States. Social incubators play a critical role in supporting entrepreneurs and global problem solvers to drive economic transformation through job creation..//..

“We are delighted to announce that we have been listed among the best business incubators in Europe from UBI Global. Specifically, Incubio was named the 4th Top University Associated Business Incubator in Europe, a prize bestowed to us during the UBI Awards in Turin, Italy on October 26, 2015.”..//..

Oct 19 How to incubate job creation in universities: India must adapt global models to meet its needs

The economic development of any country is dependent upon the mindset of its people. Re-emergence of India as a global economic power is directly linked to the creation of an army of job-creators..//..

WomenIN is one of several projects emerging from academia to help would-be entrepreneurs. It is backed by the Purdue Foundry, which helps students, faculty and alumni at the eponymous university to monetise ideas..//..

Feb 11 SETsquared: does it have the key to incubator success?

Plenty of universities say that they provide space for start-ups to commercialise their discoveries. But SETsquared, which is run by the universities of Bath, Bristol, Exeter, Southampton and Surrey, appears to have the numbers to back up its claims of success..//..

Today, according to UBI Global, there are as many as 4,400 university incubator-related programs around the world, on average creating 350 jobs a year. But there are an estimated 22,000 universities, meaning that only 15-20 percent of universities have incubator programs. What would happen if we connected those incubators together in a virtual network to […]

Venture fund and startup accelerator iDealMachine, which works on the basis of ITMO University, ranked fifth in the world’s top accelerator cooperating with universities, according to the company UBI Global. Ranking leader in performance analysis of business incubators and startup accelerator based on monitoring innovation organizations in 1300 to 90 countries in six major regions […]