The World Incubation Summit 2019 is taking place in Doha, Qatar this November 4 through 7, and here are the reasons we found most compelling when choosing the location for this year’s summit. In Doha, the global innovation community will gather for networking, education, and the announcement of the top-ranked programs according to The World Benchmark Study 2019-2020. After you read this article, you will understand why we are going to Doha for the World Incubation Summit 2019.

Though small, Qatar has a very strong economy and is considered one of the best places in the world to do business. Qatar is the world’s largest exporter of liquefied natural gas (LNG) and has rich deposits of petroleum as well. Embargoed by neighboring countries since June 2017, Qatar has had to overcome world opinion to show its robust economy was a good place to invest.

Qatar responded to these challenges by ramping up domestic production of the country’s food and consumer goods supplies to be less reliant on imports. The country has also been working to strengthen economic ties with the rest of the world. The result is that Qatar’s economy is expanding faster than most of its neighbors, with the Qatar stock market the world’s second-best performing market in 2018. WIS’19 sponsor Qatar Development Bank is playing a big role in developing the local innovation ecosystem, hence the invitation to hold the summit in the city.

International corporations by the dozen are locating to the country’s free zone, advancing their developments with startups in the local Qatar ecosystem. Driven by technology, the Qatar Foundation has also established a unique Education City, opening the pipeline of local student talent to become researchers and entrepreneurs.

Because there are nine world-class universities and three established research institutes are located within Education City, the innovation ecosystem is booming. These entities are supporting startups and corporations along with The European Innovation Academy, venture seed capital fund 500 Startups, and other iconic innovation leaders. Qatar-based talent is solving real world, Qatar based problems, and meeting market demand.

5 Reasons Corporations Seek Startups – Read the article on corporate collaboration around the world.

Setting up to be on the world’s stage as host of the 2022 FIFA World Cup has resulted in Doha becoming one of the most technologically advanced countries in the MENA region. Featuring the first commercially available 5G network in the world, Ooredoo’s network is an important breakthrough not just for Qatar but worldwide. Leaders in technology development include Qatar Foundation and Qatar Science and Technology Park, to name a few.

UBI Global’s CEO, Ali Amin, believes in innovation as a vehicle for democracy. By inviting the global innovation ecosystem and professionals from all parts of the world to join us in Qatar, we are opening the doors to knowledge about the country and how innovation occurs in the local ecosystem.

Attendees of The World Incubation Summit will experience a different culture in the context of innovation, in an environment that encourages discussion of common challenges and opportunities. UBI Global’s mission is to enable innovation through impactful collaborations worldwide, and the next stop on this journey has led us to the emerging and vibrant ecosystem of Doha, Qatar.

The free whitepaper: The 2019 Innovation Landscape features the top technology trends of the year, including those dependent on 5G networks.

Qatar’s culture is heavily influenced by traditional nomadic, desert-dwelling Bedouin culture and in part by their proximity to the sea. Sea-based activities feature strongly in literature, folklore, poetry, and songs passed down orally from generation to generation. Songs telling stories related to pearl hunting are among the most popular folk music subjects in Qatar.

Sports are very popular in Doha and Qatar in general, where the 2022 FIFA World Cup will be held for the first time in any Arab nation. Other popular sports besides football include athletics, basketball, volleyball, and camel racing, which is a traditional Bedouin sport. Falconry is also practiced widely in Qatar, with hunting season extending from October to April.

Qatar Museums, established in 2000, connects all the collections and museums in the country. There are two leading museums: the Museum of Islamic Art and the Mathaf: Arab Museum of Modern Art. The Qatari Fine Arts Society has for decades promoted the works of Qatari artists and young art industry disruptors.

Heavily influenced by Iranian and Indian cuisine, Qatar cuisine also features traditional Arab and Levantine food staples. Seafood and dates figure prominently in traditional Qatari food, which is why Doha has a food scene that revolves around:

Why Doha? Join Us and See!

The rich culture, vibrant economy, and dynamic innovation ecosystem make Doha, Qatar the perfect location for the World Incubation Summit 2019. Experiencing this exciting culture of innovation for yourself by attending WIS’19 should be high on your educational priorities list for the year. Join us as we gather, tour, and network in one of the most vibrant economic growth areas on earth – Doha, Qatar this November 4-7.

Join us for WIS’19 and Activate Your Innovation! 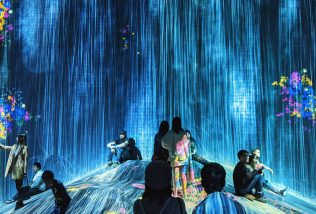 The Importance of Digital Services to Business Incubators and Accelerators A World Benchmark Study 2021-2022 Preview Thanks to participants of the Triumph of Innovation impact study we conducted last year, the UBI Global research team was given some great stories of digital transformation as told by our community of business incubators and accelerators. When we […]

Find out why benchmarking the performance and impact of your business incubator or accelerator is more critical to success than ever One of the core assumptions of a benchmark is that most of the components of the analysis remain constant for comparison’s sake. As the Triumph of Innovation study uncovered, however, innovation during the pandemic […]